It has been a long time between blog posts. I would like to say that my total recovery from the hip replacement was just so miraculous that I forgot all about the uphill climb I had getting there or that I have been so busy writing the Great American Novel that I didn’t have tome to update my medical status for the blogging universe.

What is true is a version of both and it seems only fitting that I write a final entry in “New Hip, Old Body” series before starting any new posts, so here goes.

My recovery is as complete as it can be and in the grand scheme of life not really bad but certainly not fantastic. Don’t get me wrong. I’m no longer in daily pain, I don’t have to check in with the doctor every whipstitch anymore, no further dislocations or nasty infections have happened(almost hate to tempt fate by writing that), I have pretty good range on motion(more on the later) and I’m doing normal things albeit at a much reduced speed. But there are concessions I am not super happy with.  My walking is nowhere as steady as it was before the surgery. Even with the terrible pain, I managed to walk pretty well (but I did scream a lot). My walking ability now wasn’t from the surgery or totally the recovery’s fault. I’m getting older. I have arthritis. I’m a freakin double amputee… take you pick. Any one of those could contribute to my current wobbly walking but add them together and…  I acknowledge that reality.  Which brings me to my new minor cross to bear….

I loath using it.  True be told, I have used one for years but only to walk around in public and in my home I never used it because I didn’t really need it on familiar ground.  In public, I always thought of it as a long wooden version of the back-up warning beeps on a construction vehicle. A warning to those around me to be a tiny bit wary of bumping into me unless they want to be knocked on the ankles with it. A subliminal warning that whispered….”I don’t walk as well as you so watch out for me or I’ll whack your ass” kind of thing.

It worked pretty well.  Even on the streets of New York, It opened paths in crowds.  Not large ones but enough I could walk comfortably. Through the years I had several canes. Wooden canes, metal canes, collapsible canes, solid black canes, wild-patterned canes. Some quite elaborate for concerts and parties with tiny sequined straps (yes, I said sequined) to go around my wrist where I wanted to look cool drinking a glass of wine and still be able to whack if necessary but none were really substantial because they never had to be. My balance was good. They weren’t really used for walking support. But now….now the damn thing is with me all the freakin time.

And I drop it.  I drop it A LOT! I’m cooking in the kitchen, I lean it up against the cabinet  and it’s with me, except when it falls and hits the floor which seems to be every time I move. I go to the bathroom and lean it on the paper holder, and it falls…usually in the dead of the night, sounding like something shattered on the tiles. I sit in a chair watching TV and it will slide off the chair arm…adding a crashing sound effect to the room. This is especially annoying when I’m out and about, at a friend’s house or in a restaurant.  Startles the crap out of the people around me. And that’s the lightweight one. The one with the heavy silver handle (more about that one later)sounds like a shotgun when it hits the floor. I know there are self-standing canes. AND I refuse to buy the stupid looking footed cane.  It’s unattractive and weighs a ton making it so uncomfortable to drag around. Of course it would strengthen my right bicep I guess. Adding an industrial looking, heavy strap actually gets in the way , makes the damn cane heavier and more likely to fall off chairs and whatever and is definitely not as cool as standing at a party drinking wine with a slim and totally non functional ebony, bone handled cane hanging from a dainty sparkly strap on my wrist. Heavy emphasis on the almost non-functional part.  So that’s out.   And I’m constantly wearing out the damn rubber tips…

Crap. I’m starting to whine, which is not something I should do because I really do have much to be thankful for and using a cane is a tiny price to pay to be able to walk at all. It is just a small inconvenience and we all have one or two in our lives, right? Right.

THE BUSY PART- THIS YEAR

I retired March 31(Hallelujah!), moved back the first week in May (before the Derby) to my home town in Kentucky, married (June 16, with all the trimmings) my high school sweetie, Freddie… hence the name change on my blog (double Hallelujah), sold my Ohio home (August 10, YES!), and am now living with my amazing, sexy new hubby in a beautiful ranch home in the country with a big front porch and lovely back deck on an acre of tree-filled heaven, surrounded by fields and wildlife and I could not be any happier.

So I’m going to be posting about all this stuff plus other things along the way. I think you’ll find it interesting. I’m having a blast!  I hope you’ll come along for the ride with me. 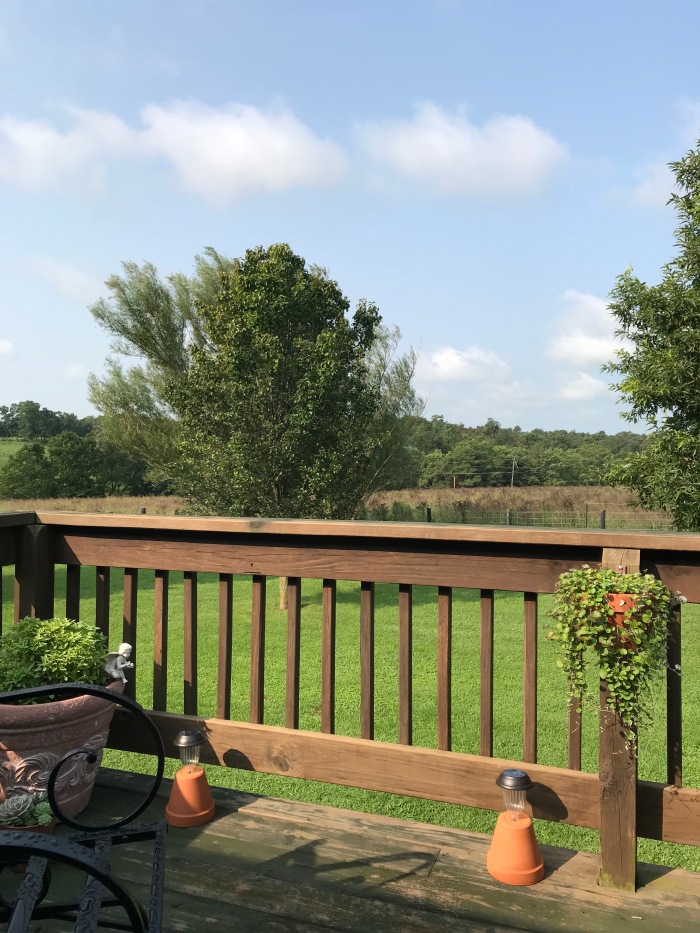